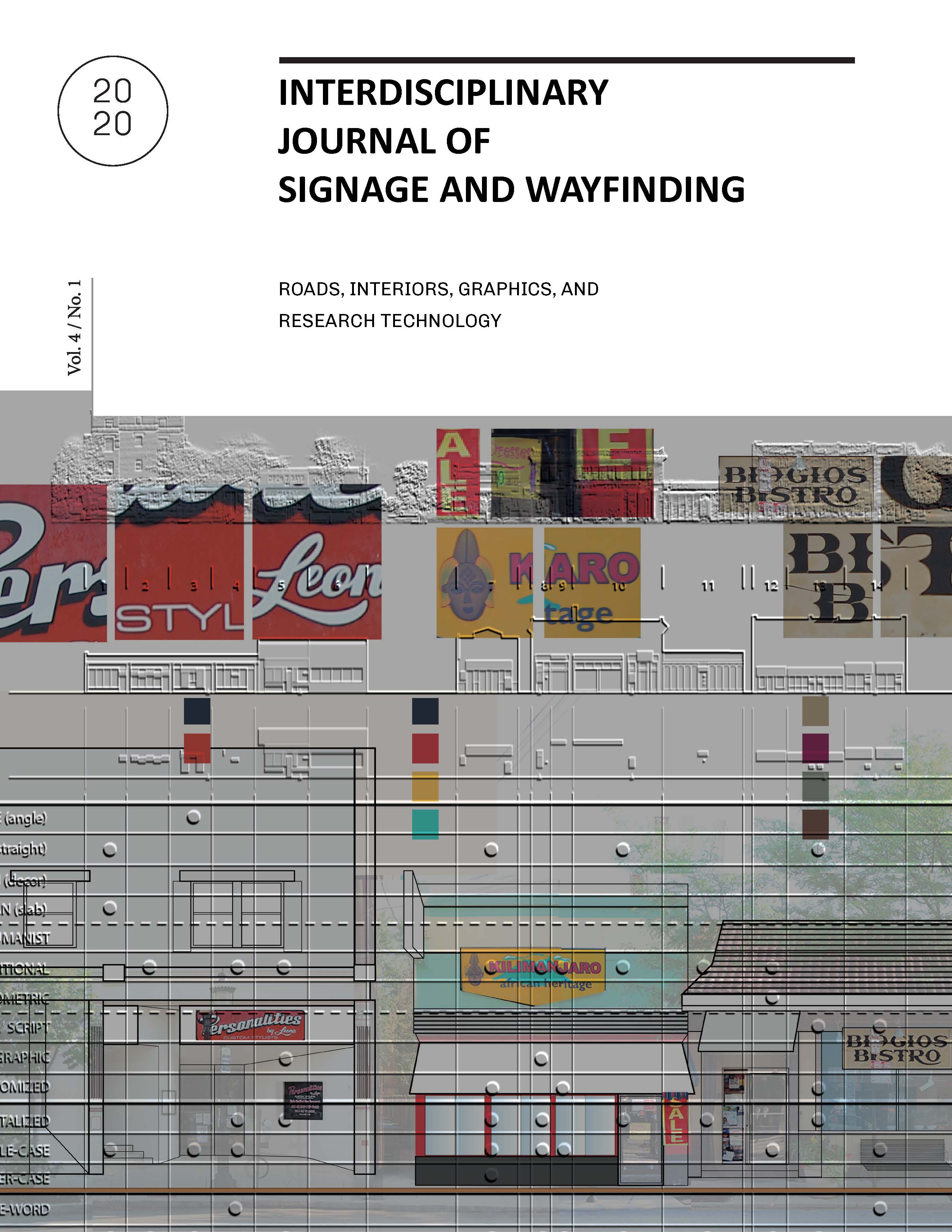 Signs contribute significantly to the visual identity of neighborhoods, often representing the interplay of the collective social, political, cultural and economic values of the people who live and work there. On-premise signs displayed on building facades and storefronts in the neighborhood business district of three distinct neighborhoods in Cincinnati, OH are examined to document the typographic styles and form (material, size and scale, color, etc.) of the signs. An empirical photographic survey is employed for elevation mapping, to record the full range of on-premise signs in each neighborhood business district. Over 150 on-premise signs are documented and analyzed. Our findings suggest that as neighborhoods get gentrified, particularly with non-local capital and investment, the signage form and character, represented by the typeface, shape, material, illumination and other properties, become more homogeneous, replacing the variety of typefaces as well as signage form. The study found that the signage used by the chain stores and other new businesses that are not place based to be mostly all-capitalized, three-dimensional, back-lit, and having other properties that are undifferentiated, generic, and visually monotonous.